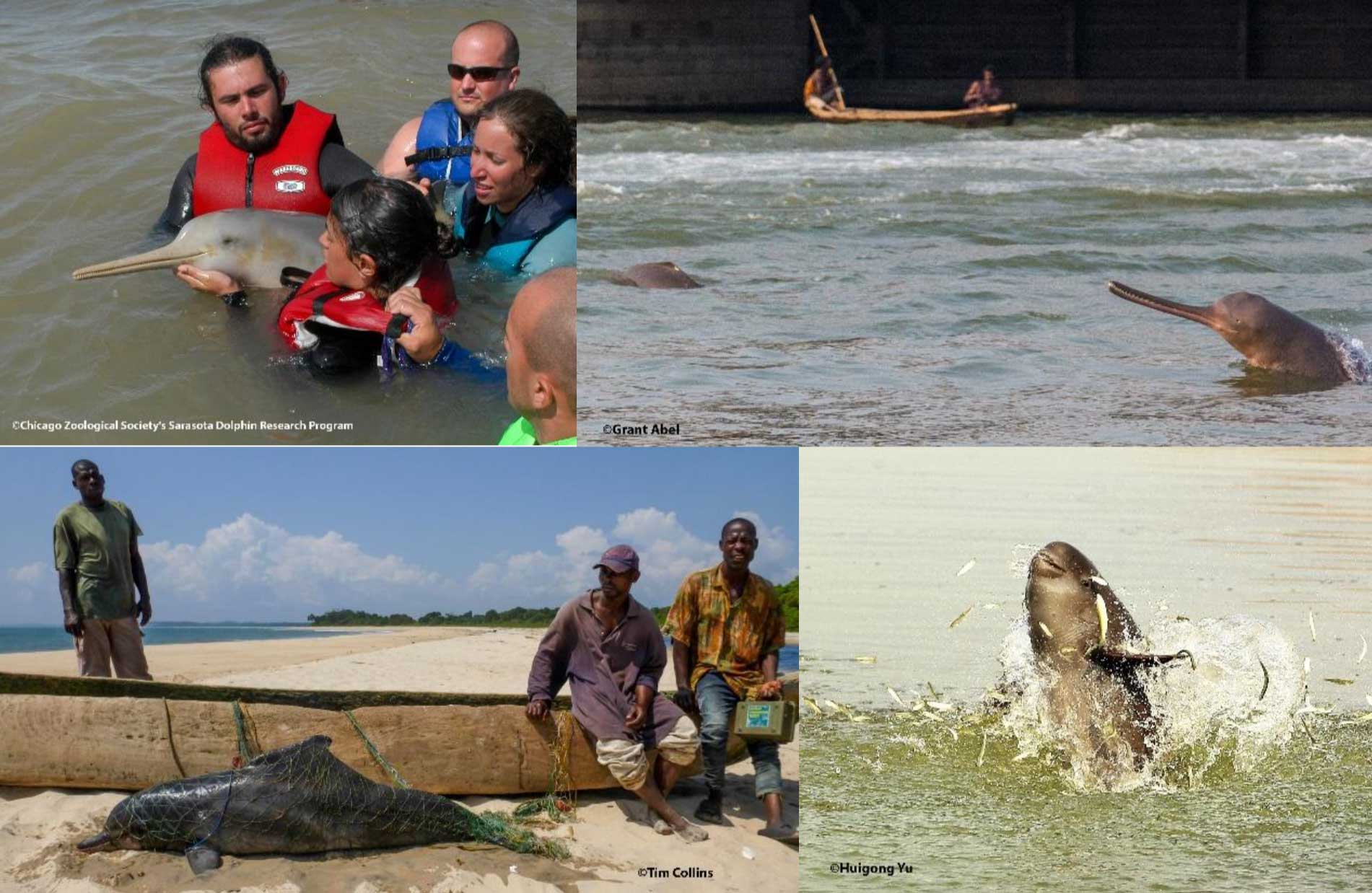 A new report published today by the International Union for Conservation of Nature (IUCN) calls for a broader, more integrated approach to the conservation of small cetaceans, particularly dolphins and porpoises. Many species and populations that are only found close to human activities are quickly declining due to known but unsolved problems – primarily accidental drowning in fishing gillnets. The report recommends urgent actions for several species and subspecies at risk of extinction, including Atlantic humpback dolphins, Yangtze finless porpoises, Franciscana dolphins, and Indus and Ganges river dolphins, and the development of integrated conservation plans with explicit consideration of all measures and strategies that might be needed to save these and other threatened dolphin and porpoise species.

A 2018 workshop in Nuremberg, Germany was prompted by the realization that more tools were needed to prevent further extinctions of dolphins and porpoises following the recent extinction of the Yangtze River dolphin in China and the catastrophic decline of the vaquita porpoise in Mexico. A plan had been developed to save the Yangtze river dolphin by temporarily moving animals into protected areas until the threats to their survival had been addressed. Similar actions to conserve the critically endangered vaquita were attempted. In both cases, these efforts to protect the species came too late to succeed, as there were too few animals left.

A scientific working group made up of conservation biologists, veterinarians, and marine mammal population experts discussed novel approaches to dolphin and porpoise conservation that are routinely used for terrestrial species. The working group consisted of 37 experts from 14 countries and was hosted by Zoo Nuremberg and three non-profit organizations: Ocean Park Hong Kong, National Marine Mammal Foundation and YAQU PACHA.

The resulting workshop report recommends that marine mammal conservationists around the world work together and act with urgency to consider critically needed conservation measures both in wild environments within the species’ geographic range (in situ) and in protected or modified environments within or outside that range (ex situ). This holistic framework for species conservation planning is known as the One Plan approach. People frequently associate the term “ex situ conservation” with captive breeding of individuals in zoos and aquariums. In reality, ex situ approaches comprise a variety of actions including safeguarding animals in protected environments such as semi-natural reserves to prevent species extinction; initiating research programs to fill gaps in our understanding of a species’ biology and threats to its survival; rescue and release of stranded or otherwise incapacitated individuals; and public engagement programs to promote understanding and support of species conservation. The One Plan approach, developed by the IUCN Species Survival Commission’s Conservation Planning Specialist Group, features direct involvement of many stakeholders – conservation scientists, NGO representatives, government wildlife managers, local community leaders, and industry representatives – combined with science-based decision making to improve species conservation planning.

“This report aims to catalyze discussions on a delicate but long overdue subject: how to integrate ex situ options into the conservation toolkit for dolphins and porpoises, and prevent extinctions in coming decades” said Jon Paul Rodríguez, Chair of the IUCN Species Survival Commission.

“The rate at which our planet is losing cetacean species and populations (to say nothing of biodiversity as a whole) is alarming, and our efforts to reverse the trend have clearly fallen far short of what’s needed,” said Dr. Randall Reeves, Chair of the IUCN/SSC Cetacean Specialist Group. “Uncoordinated, piecemeal, and steadfastly hands-off approaches must be replaced by better planned, bolder, and more integrated collaborations if we are to avoid further cetacean extinctions .”

“We want to be ready to take care of any of these species by being hopeful and working for the best outcome but being prepared for the worst,” said Dr. Barbara Taylor, lead author of the Report. “We want to have the emergency room ready and know how to care for the patients.”

The report points to a program currently ongoing in China to save Yangtze finless porpoises, of which only about 1,000 remain in the wild. Under the government’s integrated conservation plan, porpoises have been relocated from the Yangtze River to isolated river channel reserves, protecting the animals from multiple threats caused by human activities. As a result, there are now three healthy insurance populations living in semi-natural protected reserves where they feed and breed as they would in the wild.

“The rate of animal extinction has accelerated despite major investments of time, effort and funds, emphasizing the urgent need for a new conservation strategy,” said National Marine Mammal Foundation Executive Director, Dr. Cynthia Smith. “The way forward is through a holistic approach to saving species, one that carefully examines all possible options and then mobilizes communities into action. If we truly embrace this approach, we can change the course of history for dolphins and porpoises at risk of extinction.”

“The conservation medicine community is ready and willing to support endangered species experts by responding to health-related issues critical to the survival of dolphins and porpoises around the world,” said National Marine Mammal Foundation Director of Medicine, Dr. Forrest Gomez. “Aid will come in many forms, from helping establish stranding protocols for injured and orphaned animals, to providing long-term technical support in veterinary skills, health assessments, and sample analysis. Our ultimate goal is to deliver important health data that can improve overall conservation of at-risk populations and help prevent animal extinction.”

A group of the workshop organizers and participants has started a new initiative within the IUCN’s Cetacean Specialist Group – Integrated Conservation Planning for Cetaceans (ICPC) – to begin developing an action plan for each of the most threatened dolphin and porpoise species and populations, prioritized by their conservation status, the imminence of catastrophic decline, and the potential for effective mitigation.

More information on Integrated Conservation Planning for Cetaceans can be found on the ICPC home page. The newly released IUCN Report can be downloaded here. Translations in French, German, Japanese, Mandarin Chinese, Portuguese, and Spanish of the Executive Summary are available here.