The Indus river dolphin is endemic to Pakistan and was originally decimated by hunting. A ban on the hunting of dolphins was enacted in the 1970s, and their numbers have been increasing; however, the population is still small. The Indus river dolphin is currently threatened by severe habitat loss due to water diversion for irrigation, population fragmentation by gated dams, and bycatch in fishing nets.

The Ganges river dolphin occurs in India, Nepal, and Bangladesh, and has a higher population number than it’s neighboring subspecies. Due to multiple threats, including pollution, water diversion, habitat fragmentation, and bycatch, the Ganges river dolphin is seriously threatened. Several major infrastructure projects within its region will impose a real risk for catastrophic population decline in the future.

A large Indus dolphin is lowered down the steps next to Sukkur barrage on the
Indus River ready for release after being rescued from a canal. Photo credit: Gill Braulik

The Indus river dolphin resides in the Indus river system of Pakistan and the Ganges river dolphin in the Ganges-Brahmaputra and Karnaphuli-Sangu river systems of India, Bangladesh and Nepal. Range fragmentation due to the many (> 50) dams along the rivers has resulted in population fragmentation which could influence the long term survival of this species (Sinha & Kannan 2014). 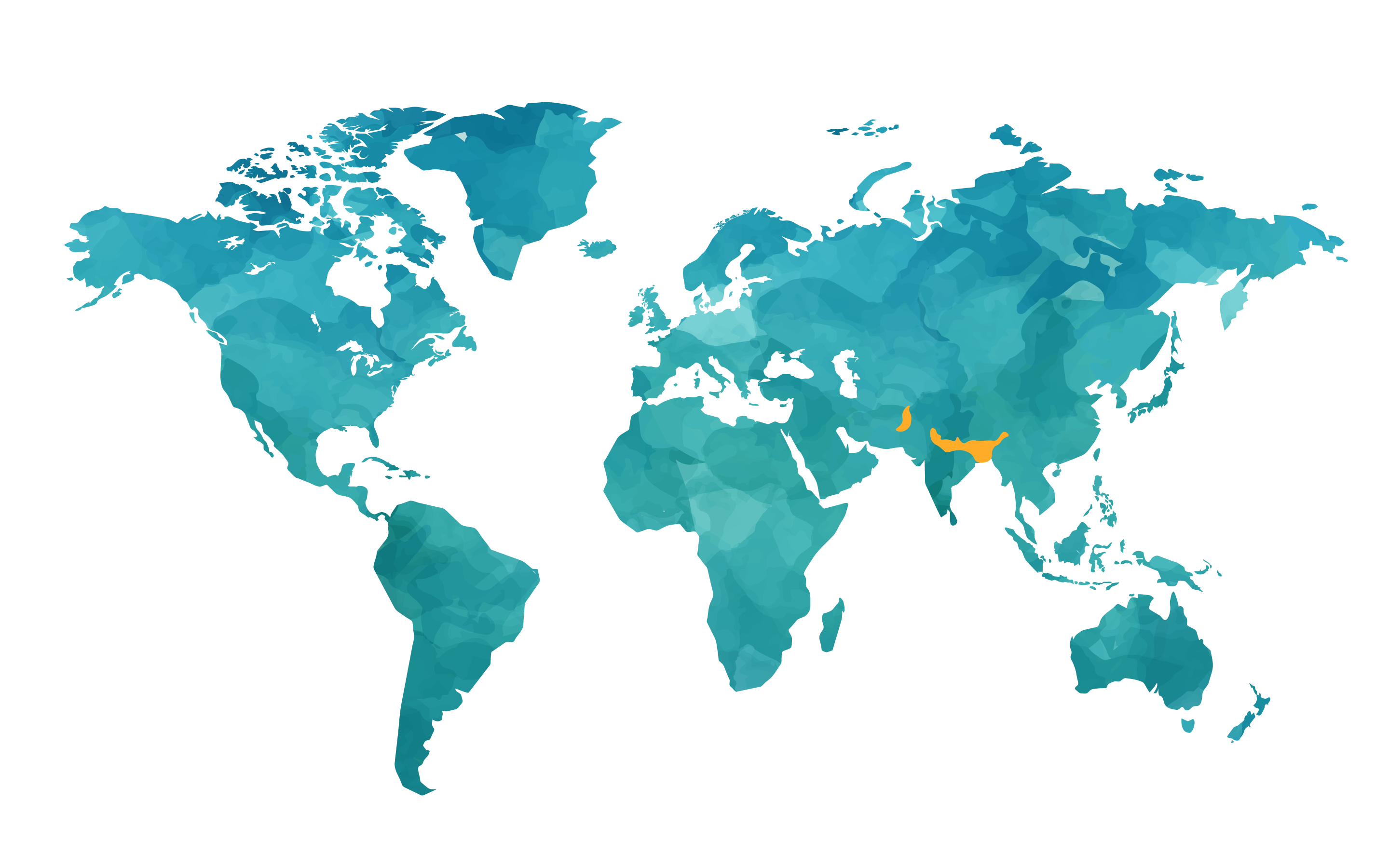 The primary threat to the Indus dolphin is loss of habitat, which has resulted in an 80% reduction in range. Use of river water for irrigation of agricultural fields to support the rapidly increasing human population has resulted in fragmented groups of dolphins that are now living in five sections of the Indus river system. Currently, there are approximately 2000 individuals remaining with some subpopulations estimated to have only approximately 20 animals left (Braulik 2015a).

WHAT ARE WE DOING and why

The extinction of the baiji dolphin in the Yangtze River which was threatened by so many of the same issues as the Indus and Ganges river dolphins, clearly demonstrates how important conservation actions are to save species.

Addressing the conservation issues facing the Indus and Ganges dolphins requires a large coordinated effort across the species range. We are focussing on our strengths and will be providing targeted technical veterinary support to grassroots groups in India and Pakistan that are working to rescue river dolphins that are trapped in canals.

Indus dolphins in Sindh Province, Pakistan accidentally leave the river and become trapped in irrigation canals where they die unless they are rescued. Similarly in Uttar Pradesh in India, the same phenomenon occurs, where Ganges dolphins are reported in canals requiring rescue.

In both countries, there are local teams working to locate and rescue trapped dolphins and return them to their river habitat. Sometimes as many as ten dolphins each year are rescued. This presents a valuable opportunity for biologists to gather important data on the health and reproductive status of this endangered species which so far is almost completely lacking.

We will be providing training and long-term technical support in veterinary skills, health assessment, and sample analysis to Indian and Pakistani researchers with the ultimate goal to provide important information that will improve the conservation of these populations.

HOW CAN YOU HELP?

Your contribution will directly support the collaborative enhancement of existing local rescue efforts, specifically through the integration of technical veterinary and health assessment support, that will inform conservation actions to increase survivability of this species.