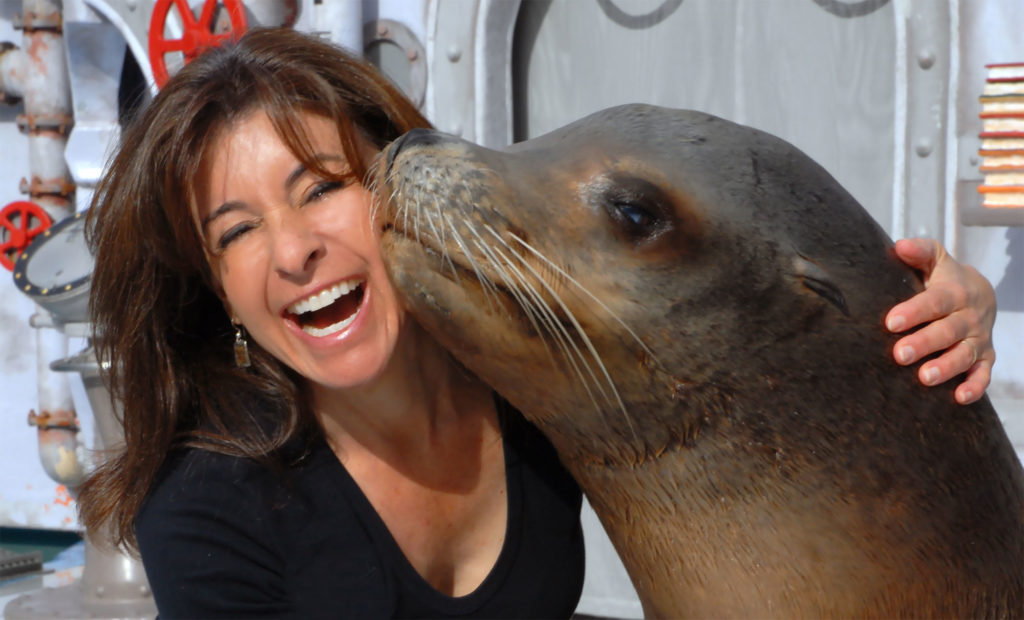 Julie Scardina worked throughout her early career hands-on with marine mammals, including killer whales, dolphins and pinnipeds at SeaWorld San Diego, as well as leading a team of trainers working with the Navy's Marine Mammal Program.

Scardina rose to the position of Corporate Director of Animal Training and Ambassador Programs for SeaWorld Parks & Entertainment. Scardina was named “Animal Ambassador” in 1995, which she held for more than 20 years, helping spread passion, commitment and action for wildlife and wild places across the globe. In this role, Julie appeared frequently on the Tonight Show with Jay Leno and appeared on NBC’s Today Show more than 100 times discussing animals and conservation.

Julie has a passion for on the ground conservation which began when traveling for years with Jack Hanna, appearing in his weekly show Animal Adventures. Along with friend Jeff Flocken, NA Director for IFAW, Scardina co-authored the beautiful and inspiring book, Wildlife Heroes, highlighting 40 people around the globe who have dedicated their lives to saving species. Post retirement, Julie continues as a speaker, teacher and mentor, as well as actively participating on various conservation related boards.