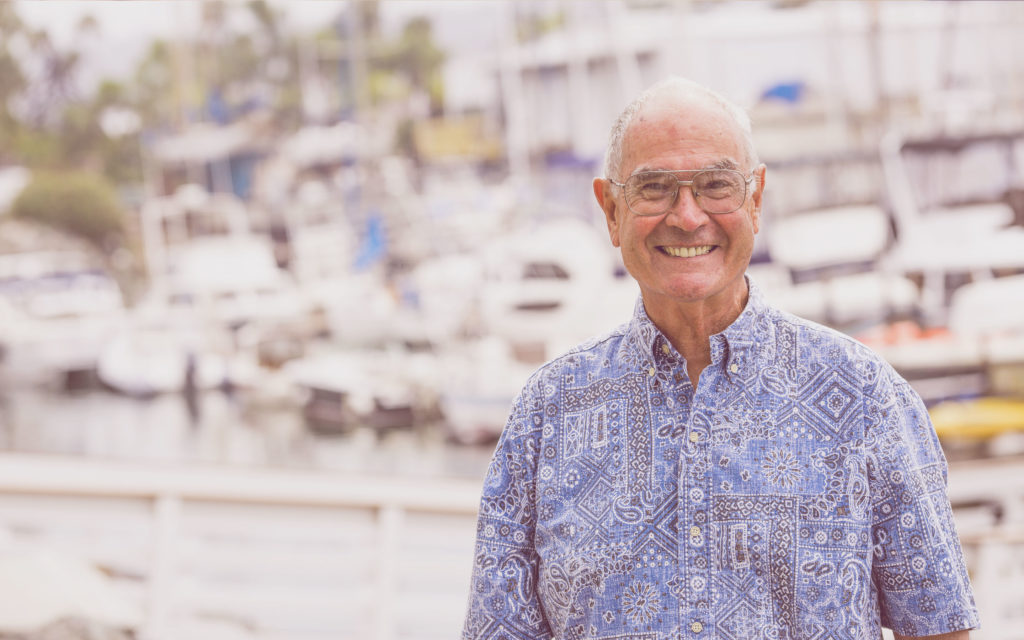 Homer "Hop" Porter was a civil servant for the U.S. Navy for 40 years, serving in a progression of jobs of increasing responsibility in program and line management.

He retired as the Deputy Executive Director of SSC Pacific, San Diego, California. His career highlights include: 15 years as the Program Manager for the Navy’s Marine Mammal Program, two years as the Civilian Head of the Hawaii Laboratory, SSC, Pacific, Kaneohe, and five years as Deputy Executive Director for Corporate Operations of SSC, Pacific, San Diego. SSC Pacific is a U.S. Navy Research and Development Center with an annual budget of over one billion dollars a year and more than 3,500 employees.
​
After retiring from SSC Pacific, Porter served on the Board of Directors of MariPro, Inc., headquartered in Santa Barbara, for five years. He also has served, and occasionally continues to serve, as a consultant to SSC, Pacific. Porter graduated with a Bachelor of Science in Mechanical Engineering from Fresno State University in 1961 and a Master of Science in Engineering from the University of California, Los Angeles in 1965.